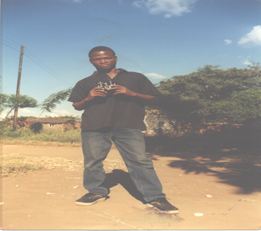 Peter Saka’s (1982-2013) inspiration for painting stared from his friends in the early 90’s, shortly after finishing his primary school.  He was often requested to draw for others in the local community at which point he realized that he could make a living at it.  In 1995 he started painting art, in which he learned painting batiks. He was trained in batik making since it is believed to be more complex than other forms of paintings.

Peter was known to having numerous batik designs stencils that he has made since he began painting batiks. Before his passing after his long battle with tuberculosis he created well over 80 designs and was inspired constantly making new designs with his imaginative imagination.  He realized that batik didn’t sell well the local Malawi community market, instead he found that now people invest very little in local art do to their economic hardship.  Nevertheless that never discouraged him from pursing his passionate in doing what he loved.  His goal was to share his art and get recognition in abroad in markets such as the US.  His art depicted the respect he had for women while growing up and beleived played a major row in .  His are art can be described as empowering to women because they are in most cases the focal point.  He believed it was important to show women in a positive light, because they are the ones who teach us how to be more caring, nurture and are the ones that make the village function. ‘With out women there is no village.’